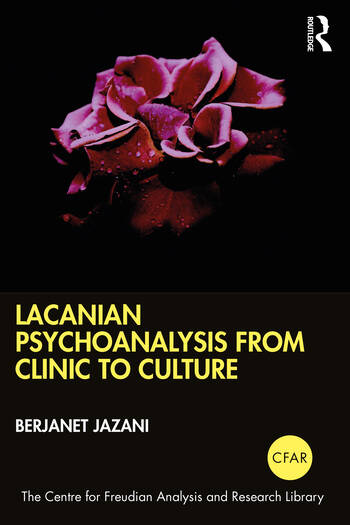 Using examples from cinema, artificial intelligence, and clinical and cultural references, the book covers major topics within the field, including dreams, the mirror phase, psychosis, hysteria, the position of the analyst, the drive, supervision and the symptom. Each is set within the context of our technologically oriented, market-based society and complemented with empirical vignettes. The book’s final section examines contemporary society and radicalization. 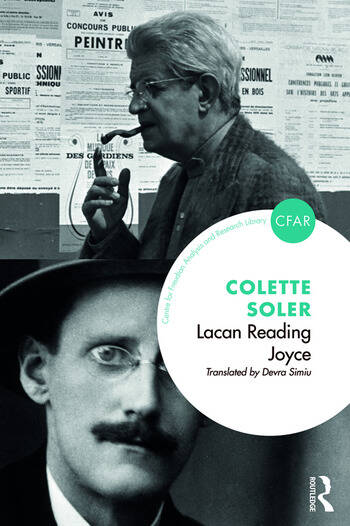 Focusing on Lacan’s famous Seminar on Joyce, the reader will no doubt learn much from Lacan, but also, as Soler shows, what Lacan learned from Joyce and what perhaps, without him, he would not have approached with so much confidence.

Le Sinthome. This is the title Jacques Lacan chose for his seminar devoted to Joyce in 1975–76. He wrote the word ‘sinthome’ in its original spelling, from the Greek, and thus used the technique so dear to Joyce: the equivocation between the sound that is heard and the graphic representation that is seen. Is it surprising that the author who recognised in 1956 with ‘The Agency of the Letter in the Unconscious’ that the Freudian practice of speech revealed an unconscious that writes – something Jacques Derrida found quite remarkable – would end in 1975–76 with Joyce? 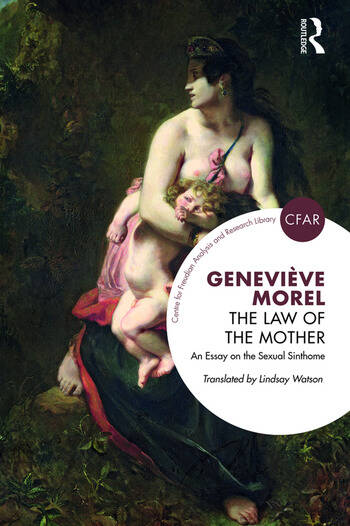 The Law of the Mother – Genevieve Morel

Through clinical examples and critical commentary, the book illustrates the range and power of maternal influence on the child, and how this can generate different forms of sexual ambiguity. Using a Lacanian framework which revises the classical idea of the Oedipus complex, the book is not only a major contribution to gender studies but also an invaluable aid to the clinician dealing with questions of sexual identity. The book avoids many of the moral and political prejudices that paralyse twenty-first century society, be they related to legislation on marriage, parentage or adoption, the status of “mental health”, or the limits to the supposed ownership of the human body. 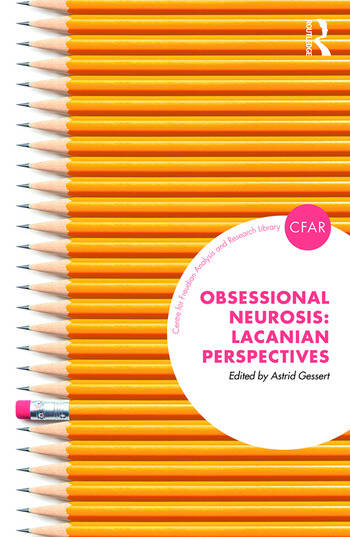 Despite the important place it occupies in both Freudian and Lacanian nosology, obsessional neurosis has received far less attention than its erstwhile companion hysteria. This book elaborates and deepen research into questions of obsession, going beyond the usual clichés which reduce obsession to the question “Am I alive or dead?”. Emphasis is given to the structure of this neurosis, as distinguished from its symptomatology, and to clinical questions of work with obsessional subjects. The chapters provide discussions of some of the following themes: the creation of the category of obsessional neurosis and of obsessive-compulsive disorder (OCD), the fate of desire and the inability to act in obsession, debt and guilt, obsessional manoeuvres and their implications for the treatment.

Freud and the Desire of the Psychoanalyst – Serge Cottet

Freud’s invention of psychoanalysis was based on his own desire to know something about the unconscious, but what have been the effects of this original desire on psychoanalysis ever since? How has Freud’s desire created symptoms in the history of psychoanalysis? Has it helped or hindered its transmission?Exploring these questions brings Serge Cottet to Lacan’s concept of the psychoanalyst’s desire: less a particular desire like Freud’s and more a function, this is what allows analysts to operate in their practice. It emerges during analysis and is crucial in enabling the analysand to begin working with the unconscious of others when they take on the position of analyst themselves. What is this function and how can it be traced in Freud’s work? 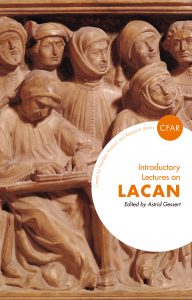 Lacan developed his theory and practice of psychoanalysis on the basis of Freud’s original work. In his “return to Freud” he did not only elaborate and revise some of Freud’s innovative ideas, but turned to important questions and problems in Freud’s theory that had remained obscure and unresolved, and provided a new way of articulating these issues and their implication for psychoanalytic theory and practice.This book offers a selection of introductory lectures given at the Centre for Freudian Analysis and Research (CFAR) about some of the fundamental concepts of psychoanalysis which aim at exploring the trajectory of their development from their original basis in Freud’s work to their elaboration by Lacan. 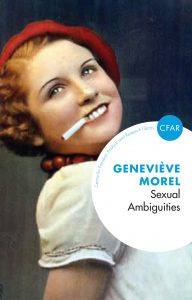 How does one become a man or a woman? Psychoanalysis shows that this is never an easy task and that each of us tackles it in our own, unique way. In this important and original study, Genevieve Morel focuses on what analytic work with psychotic subjects can teach us about the different solutions human beings can construct to the question of sexual identity.

Through a careful exposition of Lacanian theory, Morel argues that classical gender theory is misguided in its notion of ‘gender identity’ and that Lacan’s concept of ‘sexuation’ is more precise. Clinical case studies illustrate how sexuation occurs and the ambiguities that may surround it. In psychosis, these ambiguities are often central, and Morel explores how they may or may not be resolved thanks to the individual’s own constructions. 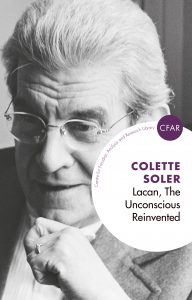 Has Jacques Lacan’s impact on psychoanalysis really been assessed? His formulation that the Freudian unconscious is “structured like a language” is well-known, but this was only the beginning. There was then the radically new thesis of the “real unconscious”. Why this step?

Searching for the Ariadne’s thread that runs throughout Lacan’s ever-evolving teaching, this book illuminates the questions implicit to each step, and sheds new light on his revisions and renewals of psychoanalytic concepts. In tracing these, Colette Soler brings out their consequences for the clinic, and in particular, for the subject, for symptoms, for affects, and for the aims of treatment itself. 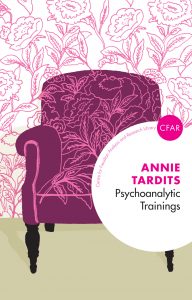 The Trainings of the Psychoanalyst – Annie Tardits

In this groundbreaking book, Annie Tardits explores the many attempts that analysts have made to think through the problems of psychoanalytic training. Moving from Freud and his first students through to Lacan and his invention of the ‘pass’, Tardits charts the changing conceptions of psychoanalytic training. With clarity and elegance, she shows how different ideas of what psychoanalysis is will have effects on how training is understood.

Lacan and Levi-Strauss are often mentioned together in reviews of French structuralist thought, but what really links their distinct projects? In this important study, Markos Zafiropoulos shows how Lacan’s famous ‘return to Freud’ was only made possible through Lacan’s reading of Levi-Strauss. Via a careful and illuminating comparison of the work of the psychoanalyst and that of the anthropologist, Zafiropoulos shows how Lacan’s theories of the symbolic function, of the power of language, of the role of the father and even of the unconscious itself owe a major debt to Levi-Strauss.

Lacan and Levi-Strauss is much more than an academic study of the relations between these two thinkers: it is also a superb introduction to the work of Lacan, setting out with detail and lucidity the major concepts of his work in the 1950s. 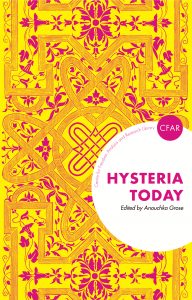 Hysteria, one of the most diagnosed conditions in human history, is also one of the most problematic. Can it even be said to exist at all? Since the earliest medical texts people have had something to say about ‘feminine complaints’. Over the centuries, theorisations of the root causes have lurched from the physiological to the psychological to the socio-political. Thanks to its dual association with femininity and with fakery, the notion of hysteria inevitably provokes questions about women, men, sex, bodies, minds, culture, happiness and unhappiness.

To some, it may seem extraordinary that such a contested diagnosis could continue to merit any mention whatsoever. Surely we all now know better. Nonetheless, after being discarded by the American Psychiatric Association in 1952, it has continued to make its appearance, not least in later editions of the DSM, in the form of ‘hysterical neurosis (conversion type)’ or craftily rebranded as ‘histrionic personality disorder’. In contrast with the old-fashioned cliché of the cantankerous malingerer, Jacques Lacan has associated the hysteric with the scientist and seeker after truth. Hysteria Today is a collection of essays whose purpose is to reopen the case for hysteria and to see what relevance, if any, the term may have within contemporary clinical practice. 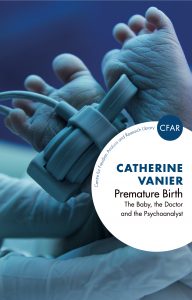 Premature Birth: The Baby, the Doctor and the Psychoanalyst – Catherine Vanier

If advances in medical technology now allow babies to be born earlier and survive premature birth, what of the psychical impact of this emergence into the world? What consequences can premature birth have for babies, for their families, and for the medical staff around them?

In this exciting and inspiring study, psychoanalyst Catherine Vanier describes the work she has undertaken over the past twenty years in a neonatal intensive care unit. She shows how a sensitivity to the subjective experience of all concerned can have dramatic effects, and how a psychoanalytic ear can allow us to understand both the problems and the progress of prematurely born babies in a new way. 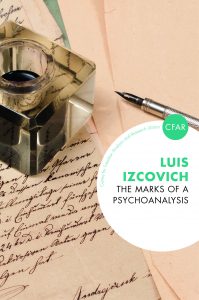 The Marks of a Psychoanalysis – Luis Izcovich

Is someone radically different after an analysis? Since Freud, psychoanalysis has been questioned about what the psychoanalytic experience can change in someone’s life beyond shedding light on symptoms. Drawing on literature, philosophy and a range of psychoanalytic theorists and practitioners, Luis Izcovich addresses the effects of psychoanalysis on the individual who has the desire and the courage to enter an analytic treatment and take it to its endpoint. The subject bears the marks of his childhood and these have repercussions on the choices that he makes in life. Do these marks determine him or does he have a choice in making his destiny? How do the transformations brought about in the transference change the subject? And does the analysis leave a distinguishing and locatable mark? Luis Izcovich attempts to answer these questions from a Lacanian perspective.